My friend Daria McDermott challenged me to a little competition of sorts with P28 High Protein Bread as the main ingredient; P28 Challenge. I thought to myself I’ve got this in the bag for sure.

To begin I’d like to give you my review on P28 and then I’ll go into my somewhat comical adventure with my competition recipe.

P28 bread is made to be high in protein and help with your lean lifestyle. It definitely delivers with 28 grams of protein for a two slice portion.

When I first opened the bag I noticed a sweet smell almost like cinnamon raisin bread. Im not sure what the sweet smell is but it is definitely pleasant.

My first meal with P28 was simply toasted slice with a tablespoon of peanut butter. Damn Sam that was good!!! It’s nice to have a quick meal like this and to be able to incorporate with my peanut butter addiction. Don’t worry though I have it in check and keep it to no more than two tablespoons in a day and also make sure to not go go over my calories and macros.

The next meal I tried it with an egg salad made with low fat Fage Yogurt and deli mustard. The texture of the bread is a little spongy kind of like potato bread like Daria mentioned; nothing that would keep me from buying or using this bread on a regular basis. I think I just prefer my bread toasted.

I am definitely happy that I tried P28 and will continue to use this in my meal plans.

Now on to the friendly competition!!!

I was thinking of a chocolate and peanut butter french toast waffle made with Bell Plantation Chocolate PB2, some cocoa powder and Truvia.

I grabbed the waffle Iron and went to work.I started by mixing up some egg whites, a scoop of PB2 chocolate peanut butter powder, cinnamon and a little Truvia for the fresh toast. I also mixed up a little cocoa with a splash of almond milk to make a gooey center for the french toasted waffle.

At this point, I’m thinking to myself that Daria the powerhouse is going down. I was totally wrong and this is about where things went way off on a tangent.

I dipped my slices of P28 in the egg whites and put them in the waffle iron squeezing it shut and latching it. It’s on!!

I walked away and started a little bit of work on the computer and heard something pop. What could that possibly be? I went into the kitchen and noticed the plastic latch to the waffle iron had popped off. I thought to my self piece of junk waffle makers latch wasn’t all of the way on; I reattached it, latched it and walked away again.

I walked away and now there is a whistling coming from the kitchen, the dog is alerted and started going into the kitchen to kill any possible intruders in the house; or so I would like to believe that he would actually be a good attack dog. Now I’m worried that the waffle iron is going to explode and flying pieces are going to go everywhere and hurt my dog.

I grabbed a skillet to use as a make shift medieval shield and protect myself and the dog from flying debris as I unlatch the now potentially deadly waffle iron.

luckily my quick thinking averted the crisis and no one was hurt.

I let the waffles sit in the iron unlatched for a while to finish cooking so I could try this yummy concoction.

I was going to use some syrup made from maple extract and Truvia but at this point I was thoroughly exhausted from my adventure so I ate the waffles plain.

They were a little bit underdone for my liking but fairly tasty. I was hoping for a crispy waffle and I fell short here. The whole time Im eating my waffles I was upset at myself for not mixing up a little syrup for my waffles.

This recipe will definitely need some tweaking and a little bit more trial and error until it is ready for the prime time but I’m going to keep working out the kinks.

I think I went wrong with letting the bread soak up all of the egg whites, so Im going to try and use less next time.

Daria and the waffle Iron won out in this contest but I’m not giving up.

P28 is a definite plus and I look forward to my toasted bread with peanut butter.

You can get P28 from https://www.highproteinbread.com/ and they even make bagels.

I recommend freezing any unused bread so that it extends the shelf life. 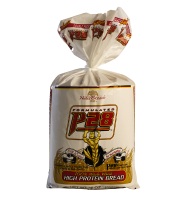 My friend Daria McDermott knew I was getting bored with Chicken and Turkey all of the time and that I was looking into bison as an alternative to beef which is higher in fat content than chicken, turkey, or bison.

She came across the Skinny Beef website and told me to take a look as another option to the chicken and turkey.

I ordered 6 pounds of beef today and i’ll write up a review of the beef as soon as I get it and try it out. 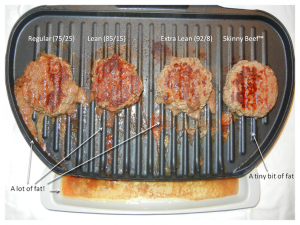 Are you freaking kidding me? People want change and then I hear them asking if they can have a soda, or whats the harm in a little chocolate.

Seriously have you spent the time to figure out what your caloric intake and macro needs are per day? Have you figured that going over once a day will add up over time?

Thats exactly what got you to where you are at right now!! Not knowing what you are taking in and why you are needing to cut some things out of your life style. You need to get rid of those bad habits and replace them with good ones.

No matter how many times you ask; 2 plus 2 is always going to equal 4.

I never weighed my self on the scale and never thought about what I was eating and what I needed to eat. I got up to 206 and was miserable at that weight.

It took a lot of hard work, learning what to eat and why and what not to eat and why I shouldn’t eat it. If someone is giving you a meal plan and a workout plan; don’t keep going back to them asking if you can add these things in. Do you want a meal plan and workout split that works while you can eat whatever you want? That doesn’t exist.

Stick with the plan and see your results, if you must add something in, you should know if it is going to work into your daily caloric and macros needs; if it doesn’t don’t add it. 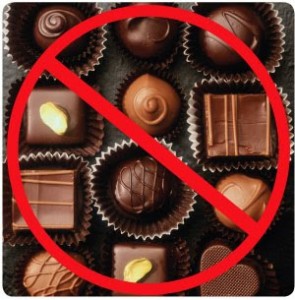 I often hear people talking about goal weight and to tell you the truth its pretty hard to determine a specific weight and body-fat percentage that you will feel comfortable at. I mean you really won’t know what you are going to look like at a given weight and body-fat unless you have a reference, someone the same exact size and proportions as you and you know what their stats are. I could say I want to be 190 and 7% body-fat but is that realistic for my frame and what would I look like?

In the beginning, I suggest making your goals close to where you are at and moving them in 5 pound increments when you hit your goals. If you are 150 and 7% body-fat and want to gain some more lean mass; start off shooting for 155 and your current body-fat.

Setting your goals for a huge difference from where you are at currently isn’t too realistic in my opinion; 10 pounds of lean mass on someone with a bigger frame wont look the same on you so it’s relative to how you look.

Once you have hit your goals consistently you will be better able to gauge what you will look like with another 5 to 10 pounds of lean mass or shedding another 5 pounds of body-fat.

If you are severely over weight; you may have a larger number of fat pounds that you want to loose. Try setting a larger goal with smaller intermediate goals of 5 or 10 pound increments. 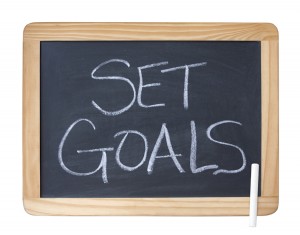 For those of you looking for a quality weight belt with lots of support, this is it.

I bought the 10mm Forever Lever belt and couldn’t be happier with the quality and the actual stiffness of this belt. I keep thinking of it like a steel belted radial from a tire. This thing is built to last.

When you get the belt you have to adjust it for your waste size. The belt has multiple holes for moving the lever; you unscrew and fasten the lever to the desired length. Once adjusted, you can use the lever to tighten the belt; If you loose or gain weight you will simply readjust.

If you are looking for a weight belt, this one is worth the money and It’s cheaper than other similar belts. 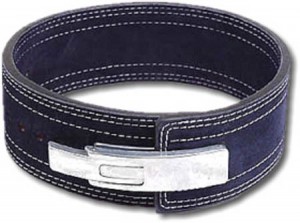